Research on Selection and Optimization Methods of Microwave Communication Antenna

2 Research on factors to be considered when selecting microwave antennas 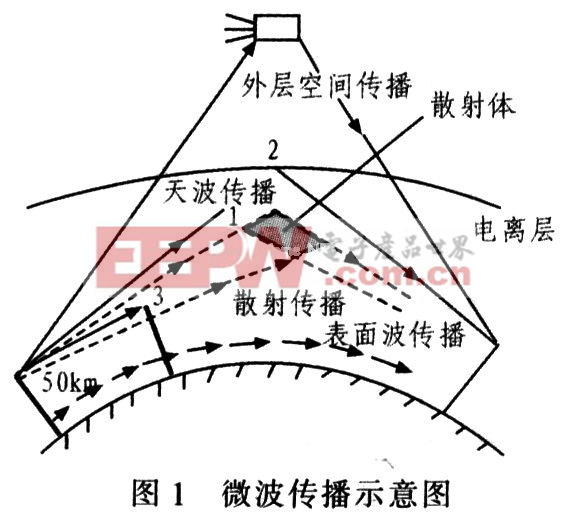 In the microwave communication system, signal transmission mainly uses the line-of-sight propagation of microwave. The frequency of microwave communication is mostly in the range of 2 to 20 GHz, and different terrain conditions have different reflection coefficients and level losses. When radio waves are transmitted in free space, the energy per unit area will be reduced due to free diffusion. The reduced energy is called free space transmission loss, which is expressed by Ls and the unit is decibel (dB). The calculation formula is:

In the formula, f is the transmitting frequency, GHz; d is the station distance, km.

It can be seen from equation (1) that forests, buildings, hills or ground obstacles will block part of the electromagnetic waves during the propagation of microwaves and increase the loss. The smooth ground or water surface can reflect part of the signal to the receiving antenna, and the vector addition of the reflected wave and the direct wave may cancel each other out and cause additional loss. Ground reflection has an important impact on line-of-sight propagation, and it is one of the main causes of level fading. However, when there is a blade-shaped obstacle (or mountain) blocking the microwave transmission path, if the peak of the obstacle happens to fall on the connection between the receiving antenna and the transmitting antenna of two adjacent microwave stations, the microwave transmission will increase by 6 dB level attenuation; when the spikes of obstacles exceed the connection, the level attenuation will increase faster. This situation should be avoided in practical applications. The transmission characteristics can be changed by changing the microwave transmission line or increasing the antenna. In order to better analyze the propagation characteristics of microwaves, the concept of Fresnel zone is applied for analysis. The radio waves from the wave source to the observation point can be considered to propagate through many Fresnel zones, and the combined field strength at the observation point E≈ E1/2 (E1 is the field strength of the first Fresnel zone), that is, as long as half of the first Fresnel zone is not blocked by the terrain. The field strength when propagating in free space can be approximated. To know how high the barrier is to meet the propagation conditions, the radius F1 of the first Fresnel zone must be calculated in m. The calculation method is:

In the formula, d refers to the distance between sending and receiving, km; λ is the wavelength, m.

It can be seen from equation (2) that in order to avoid additional loss, all obstacles must be outside the first Fresnel zone. In the case of a certain ground obstacle height, the longer the wavelength, the larger the cross-sectional area of the main channel for radio wave propagation, the smaller the relative shielding area, and the greater the field strength of the receiving point. Therefore, the lower the frequency, the greater the diffraction ability Strong.

In the process of microwave propagation, in addition to direct waves received at the receiving point, reflected waves reflected by the ground will also be received. The vertical distance from the reflection point to the direct wave is called the clearance hc, and the ratio of the composite field strength of the receiving point to the free space field strength is called the fading factor caused by ground reflection, expressed in V, in dB, and hc/F1 is called the relative clearance . Calculate V with the help of clearance hc, the calculation process is as follows:

2.3 The influence of the atmosphere

Charged particles in the atmosphere have their fixed electromagnetic resonance frequency. When they are close to the resonance frequency, they will produce resonance absorption, causing microwave attenuation, but the attenuation relative to free space is negligible; in addition, small water droplets in rain and fog will also It causes electromagnetic waves to scatter and fade, generally below 10 GHz, and the attenuation is not serious. Therefore, the main study here is the influence of atmospheric refraction. 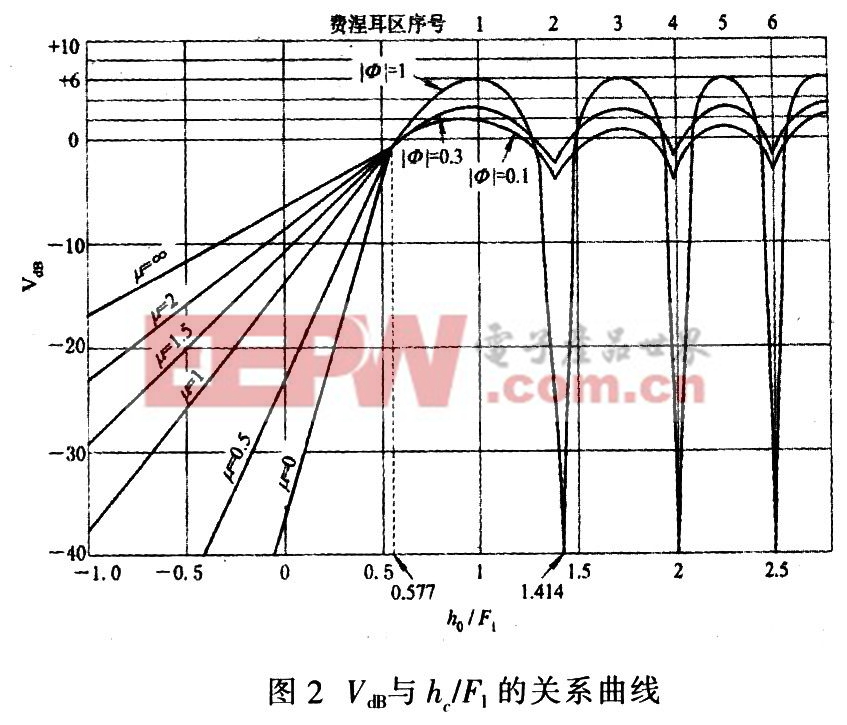 Considering the refraction of radio waves, the equivalent equivalent earth protrusion height of the earth equivalent radius Re is:

The equivalent clearance hce is:

From equation (13), it can be seen that when K>1, when positive refraction, the equivalent clearance hce increases; when K<1, when negative refraction, the equivalent clearance hce decreases. In the actual selection of antennas, various factors should be considered comprehensively, and the impact of terrain, ground reflection and atmospheric refraction should be considered.

In order to ensure that the transmitting end of the microwave antenna can effectively send the signal to the destination or relay station, and the signal can be reliably received at the receiving end, certain optimization measures should be taken on the basis of fully considering the influence of the ground, atmosphere and other natural factors.

Diversity technology is to select or combine the output signals of multiple receivers with less correlation at the receiving end, thereby reducing the impact of multipath fading. Diversity technology is achieved by finding and using independent (at least highly uncorrelated) multipath signals in the natural wireless propagation environment. If one wireless propagation path has experienced deep fading, the other relatively independent path may still contain Strong signal, so you can select 2 or more signals from multiple signals to combine, so that the instantaneous signal-to-noise ratio and average signal-to-noise ratio of the receiving end can be improved at the same time. Generally it can be increased by 20~30 dB. The specific implementation methods are as follows:

(1) Space diversity is also called antenna diversity. Figure 3 is a form of diversity that is used more in mobile communications. Multiple receiving antennas are used to receive signals and then combine them. In order to ensure the independence of the received signal, the distance between the antennas is required to be large enough. In an ideal situation, the distance between the receiving antennas only needs to be greater than half of the wavelength λ. From a technical point of view, the greater the number of diversity antennas, the better the performance improvement, but when the diversity multiples reach a certain level, the diversity multiples will continue to increase, and the performance improvement will gradually decrease. Therefore, it is more appropriate for the diversity multiplicity to be 2 to 4. 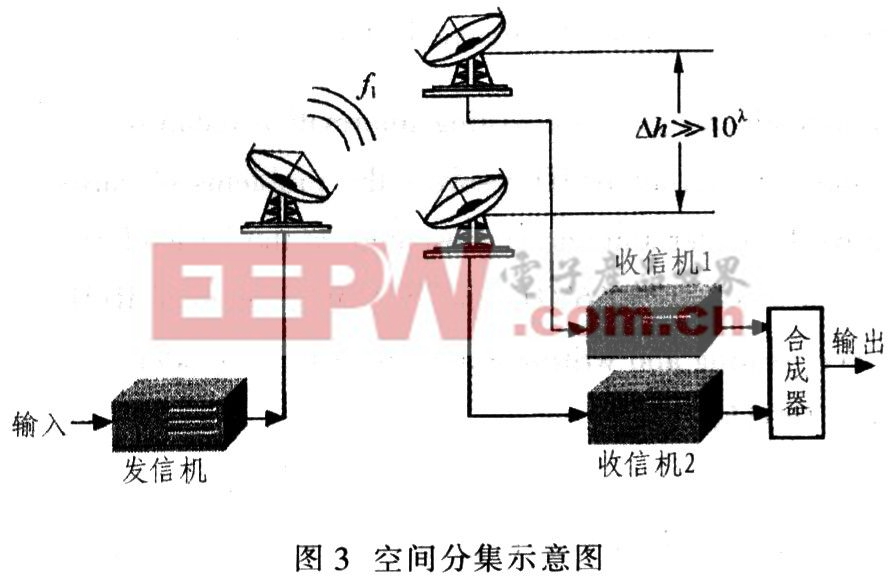 (2) Polarization diversity In a mobile environment, the horizontal and vertical paths in the air are uncorrelated, so the signal also exhibits uncorrelated fading characteristics. Two antennas are installed at the transmitting and receiving ends, one horizontally polarized antenna and one vertically polarized antenna, and two unrelated signals can be obtained. When the number of cellular mobile users increases sharply, this technology is effective in improving link transmission efficiency and increasing capacity.

When radio waves radiate in space, they are transmitted through multiple paths due to reflections from mountains and buildings. The received signal at the receiving end is the superposition of different delay waveforms of each path. Bandwidth limitation and nonlinearity will cause signal waveform distortion and cause crosstalk between adjacent symbols. All of the above situations will cause bit errors. Adaptive equalization is to use the equalizer at the receiving end to produce characteristics opposite to the channel characteristics to offset the interference caused by the channel time-varying multipath propagation, which can eliminate waveform superposition and inter-symbol crosstalk, and can also reduce additive noise interference, thereby reducing errors Code technology. Equalization is divided into frequency domain equalization and time domain equalization. Frequency domain equalization means that the total transmission function satisfies the condition of distortion-free transmission. Time domain equalization is to make the total impulse response meet the conditions of inter-interference. In actual circuits, frequency domain and time domain adaptive equalizers are often used at the same time to maximize the circuit's anti-fading ability.

Figure 4 is a schematic block diagram of the most widely used horizontal filter equalizer. The horizontal filter of this equalizer is composed of a 2N-stage delay line T and an adjustable weighting circuit, each with a delay of 1 bit. There are N pulses before and after the middle (center tap) pulse S0, and there are 2N+1 pulses in total.